These spirited projects were made by Heather Leopard! 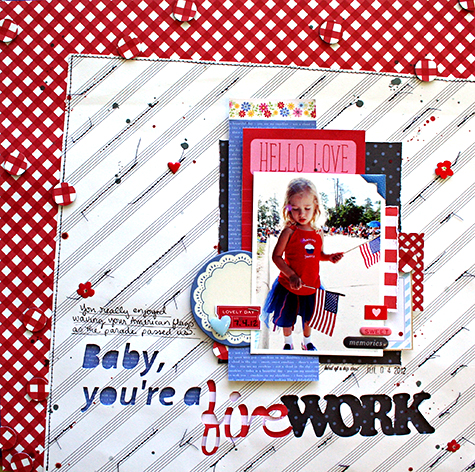 BABY YOU'RE A FIREWORK by Heather Leopard

When I was designing this page I wanted to show my daughter how much she means to me and this song lyric seemed to embody everything. I cut the title out with my Silhouette Cameo and then backed it with American flag colors. I added random stitching to the page and left the thread ends sticking out to resemble fireworks. 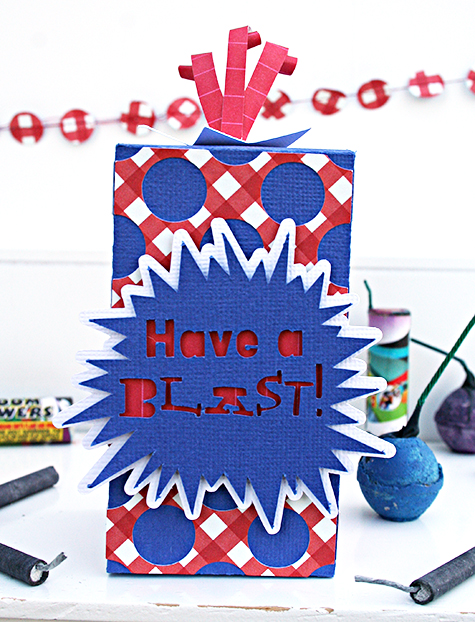 HAVE A BLAST! GIFT CARD HOLDER by Heather Leopard

I put a twist on the idea of a patriotic card and decided to make a unique gift card holder. The firecracker box is the perfect size to hold a gift card and maybe a few bits of candy.

Tomorrow is the big day! Happy 4th of July Eve!