Hello fellow crafty friends! I wanted to create some pastel Christmas cards, and found inspiration in the Star Gazer and Sweater Weather lines. Two of the cards are made using supplies that aren't Christmas themed, so you can use what you have in your stash. The pre-made embellishments, made for two quick and easy cards, and the third card has a few more steps with the new mixed media from the Vicki Boutin line. 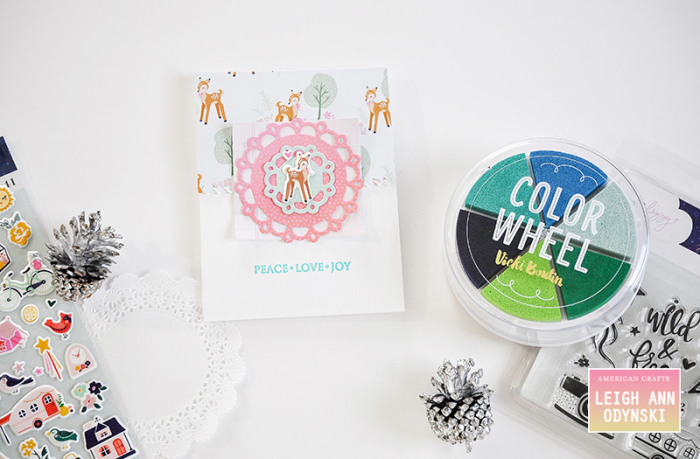 The adorable deer from the Star Gazer line is the star of this card. The six by six papers, with smaller scale prints, work well for cards and traveler journal pages. I used a border punch to punch the holes in the bottom edge of the deer patterned paper in the background, and a quick whip stitch with crochet thread gave it some texture. 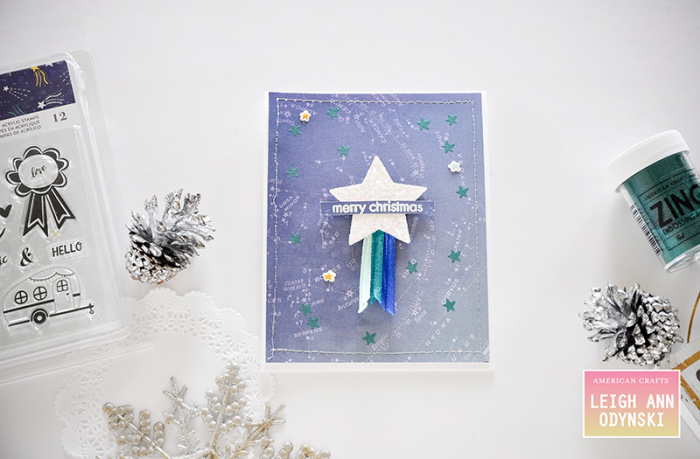 The Star Gazer star paper covers the background of this card. Heat embossing with the American Crafts Zing Metallic Teal embossing powder and the star stamp from the Star Gazer Acrylic Stamp set add some sparkle and shine as well as reinforce the star shape. Add the iridescent glitter covered star to the center and a heat embossed sentiment for a quick focal point on this card. I trimmed the streamers on the star with sharp scissors to make it shorter. You can alter pre-made embellishments to fit your project and customize them to suit your taste.

The third card has some mixed media elements from the Vicki Boutin line, and I couldn't wait to try out her CreativeFX glaze. Splatter some color on by mixing the Vicki Boutin art crayons with water. Cut five of any shape or choose five die cuts from a pack, and scatter them across in a diagonal. Then add your patterned paper strip at the bottom, and your sentiment on top. 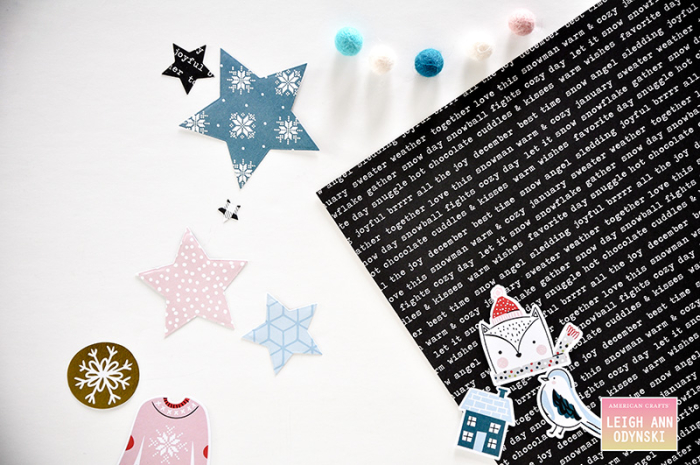 The five patterns from the Sweater Weather line were cut into star shapes, but you could grab five die cut shapes from the die cut pack and save a step.

I mixed the art crayons with a water brush and splatted them on the background. Then I painted the CreativeFX iridescent glaze on the machine cut sentiment so that it would have time to dry. Clean your brush right away. 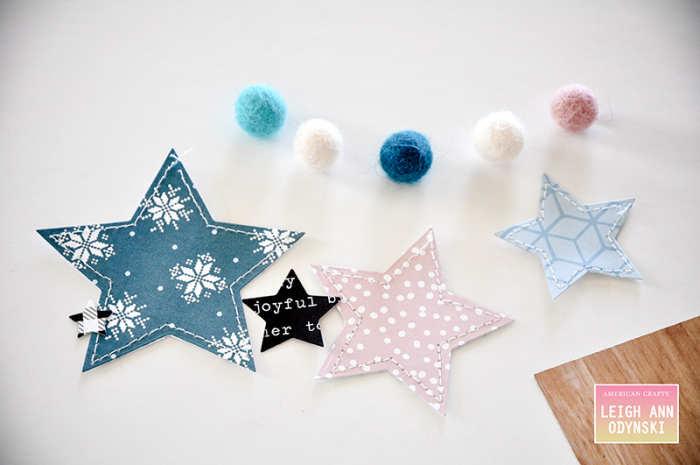 I stitched around three of the stars, and left the smallest ones unstitched. 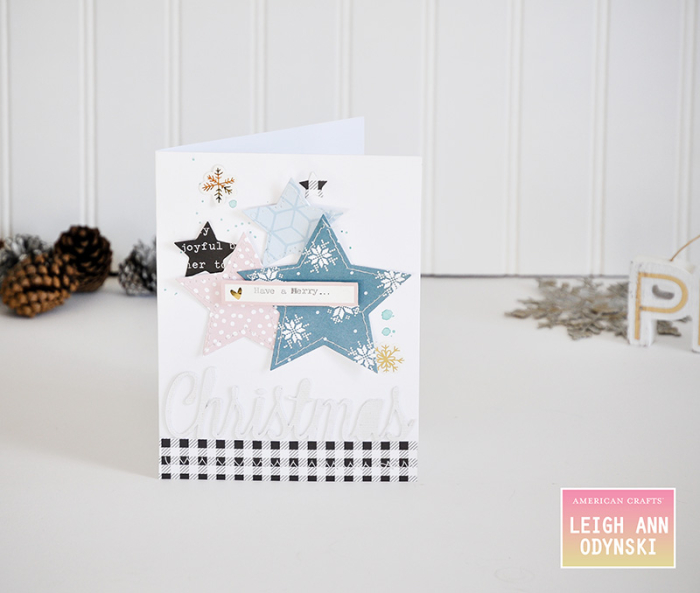 Finished card three. I added gold snowflake stickers from the Sweater Weather line to add some shine and tie in with the gold foil heart on the sentiment sticker over the stars. I typed the "Have a Merry" onto the label sticker with the We R Memory Keepers Typecast Typewriter and added it on top of the stars with a couple of foam dots.

Thank you for visiting today, and happy crafting!