3 Things You Need to Know About Mixed Media

3 Things You Need to Know About Mixed Media

Hello crafty friends! It's Leigh here to share a layout featuring three things you need to know about mixed media. The layout showcases the new collection from Dear Lizzy called She’s Magic! This collection has soft colors and very practical patterns that are easy to use. 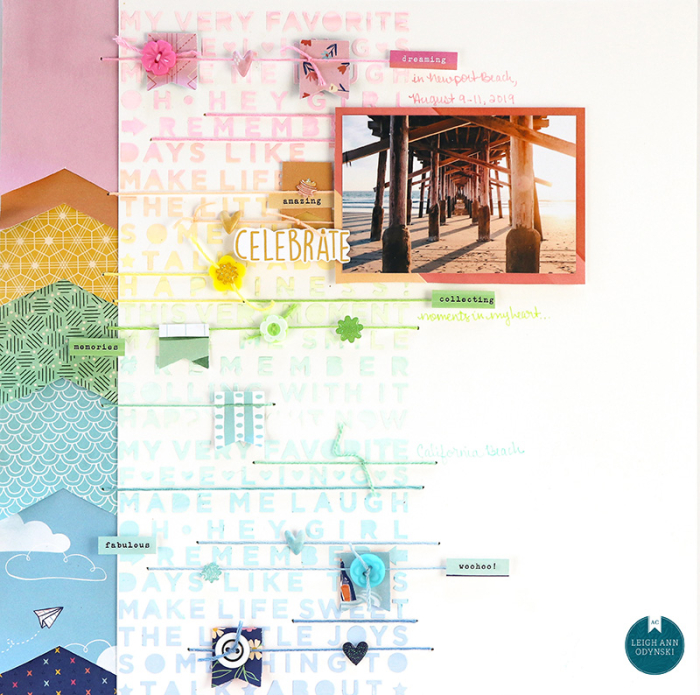 What’s the first thing about mixed media? It is easier than you think! I used the angles in the photo to lead my shape choices. The American Crafts Knock Out banner punch is a great way to get little banner shapers quickly. I hand cut the banners along the left edge and then used the smaller punched shape along the mixed media stenciling.  Try out a simple stencil technique that features soft pastel rainbow colors that coordinate with the She’s Magic collection. 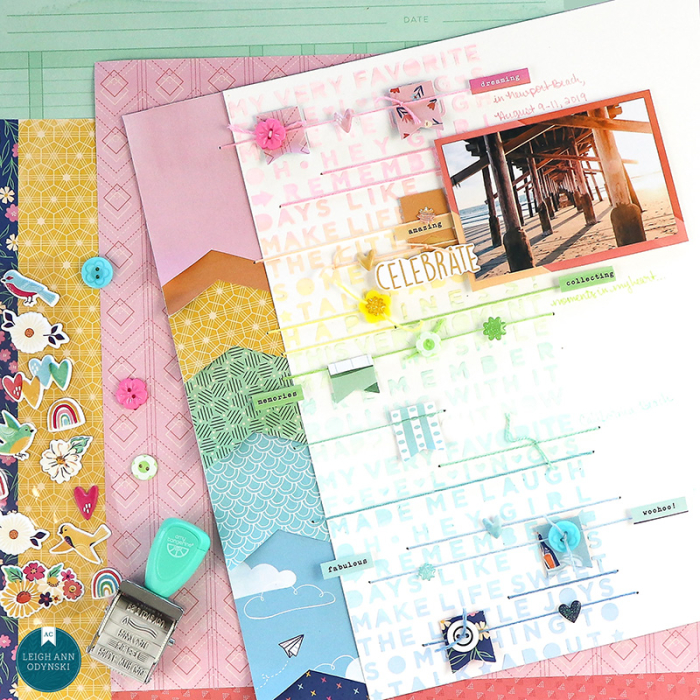 The Second thing you need to know about mixed media is you can use tools (like a stencil) to get a great result. You don’t have to be able to draw freehand or be an artist to spread some colored gesso through a stencil.That’s good news! I colored Vicki Boutin Gesso with her Watercolor markers to get a custom pastel rainbow for this page. The word stencil is from Vicki’s new Wildflower release. I used painters tape to get a clean result and keep the gesso from getting on my background. 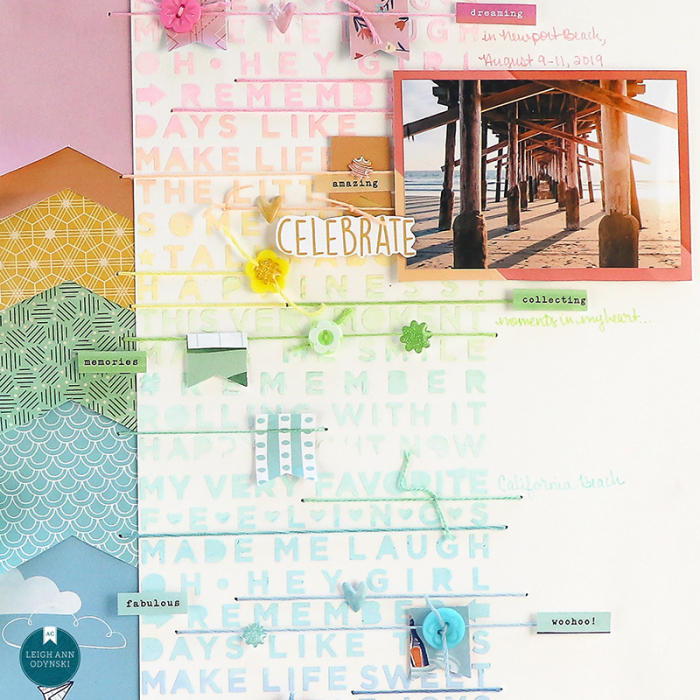 What’s the next thing you need to know about mixed media? TRY IT MORE THAN ONCE! That way you get a feel for the style you like. Try it messy, and then try clean, but try not to give up on the first try. I realized I liked the clean look for this mixed media page, but if you try it more than once, you will find the look you like!  Tape off areas to keep the layout clean. I created each color separately by laying the watercolor marker color on an acrylic block, then adding the gesso with the Vicki Boutin Spatula. The gesso lightens the marker color so you get a pastel result. I hand stitched embroidery floss and tied knots to underline the words in the stencil. 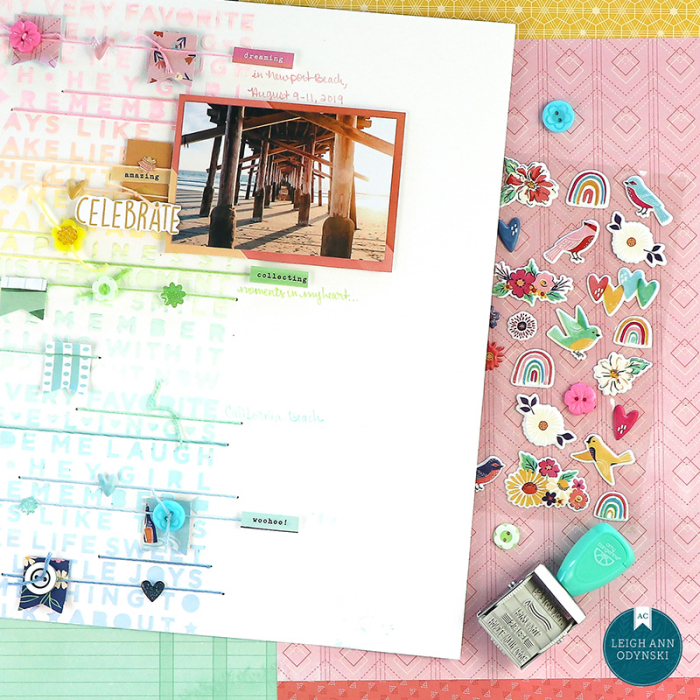 I added two banners and the title near the photo. You can have fun adding the glitter enamel dots, stickers, and buttons to create lots of texture on your layout. I wrote some simple journaling in pastel tones to keep the focus on the photo and stenciling.

Thank you and happy crafting!